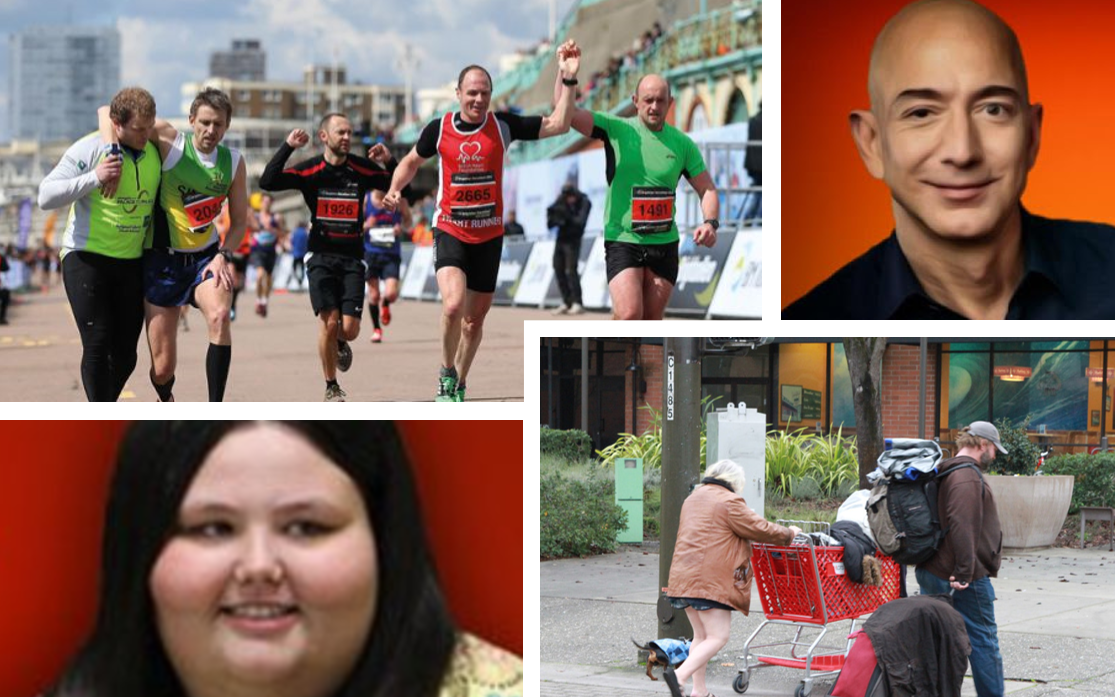 Income inequality has never concerned me. Other than out of pure jealousy, I cannot think of a single reason why I should care if another person is earning more than I am.

While it has never been a concern of mine, it is something that interests a lot of people, particularly in America. We have some very rich people. And we also have some who are poor.

While inequality is part of natural existence, extreme inequality, not just with income, but in general, is a natural part of American culture.

Take fitness inequality. The show “My 600 Pound Life” could probably only exist with several seasons in America. There are other countries where there could possibly be one season, but America is the only country on earth that regularly produces people who weigh more than 40 stones. It’s the only place that could have multiple seasons.

America is a country of extremes. That’s just who we are. If we want to be runners, we will try to be the best runner we know. If we like all-you-can-eat wing nights, we will try to eat more than anyone we know.