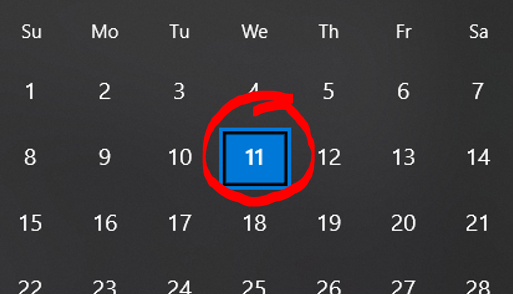 Originally November 11th was a celebration of the armistice ending World War I. Mankind believed we had finally conquered the evils of war. (We now know how wrong that is. As long as institutions deriving their power from the use of force exist, we will always have war.)

The original meaning of 11/11 got me thinking about how we decide what to celebrate. Many people ask for another 11th to be named a holiday: 9/11.

It’s no surprise, really, when you think about how the American culture changed. When American colonies declared their independence, there was an honor culture. The King and Parliament dishonored the colonies by usurping powers colonials once held themselves, encouraging Americans to declare independence. If you were to insult a man’s honor, or his family, it very well could end in a duel. The second Vice President of the United States, Aaron Burr, shot the first treasurer of the United States, Alexander Hamilton, in a duel because of the honor culture.

By the early part of the 19th Century, America began moving from an honor culture to a dignity culture. (This shift happened faster in the north than in the south, so we had interesting scenes like in the 1850s, after a northern senator attacked the reputation of a southern senator, the southern senator physically assaulted the northern on the floor of the Senate.) In a dignity culture, even when insulted, you rise above it to maintain your dignity. At the end of World War I, America had a dignity culture. America didn’t celebrate a defeat of the Central Powers, but rather the end of war itself. They held their head in dignity, and celebrated a holiday.

Today we have a victim culture. If you are harmed or insulted in any way, our culture tells you to make a huge issue about it.  People derive social status not by their accomplishments, but by their victimhood. Therefore, it’s no surprise that people actually want to celebrate a day when America became victims. From an honor culture standpoint, it would make more sense to celebrate May 2, the day SEALS killed Bin Laden. From a dignity culture standpoint, America would wait until they had an assurance of victory over terrorism (which can never happen) before declaring a holiday. But, in a victim culture, it’s the day that you become a victim that you celebrate. Therefore, people want a “Patriot’s Day” on September 11.