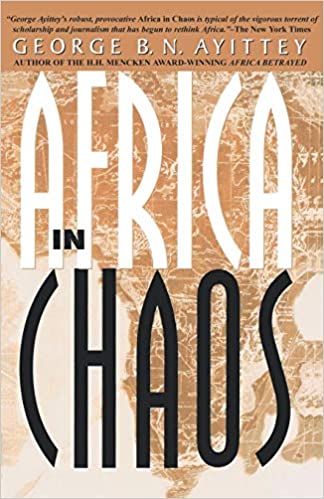 Who remembers Black Hawk Down?

The “Africa in Chaos” of the 90s happened because of the “We Are The World” White Privileged Bleeding Hearts of the 80s.

Privileged, Upper Middle Class suburban White People, pretty much from all over the Western World contributing to these sufferings because News Media Advertising Agencies compelled them to with emotionally appealing marketing tricks.

In the 80s the NEWS MEDIA reported on a “drought” in Ethiopia and had every bleeding heart upper middle class privileged white person in the world with a TV crying over black people weeping half way across the world…so….in their INFINITE WISDOM, oh BOY they just JUMPED RIGHT IN with all of their privilege and compassion to save these poor poor people (right?).

So…in massive global campaigns, with everyone harmoniously singing “WE ARE THE WORLD”, a MOVEMENT started that essentially sent TONS of high grade western grain right into that land otherwise regularly desperate and foreboding land….AND it was…guess?

But…THAT’S not the worst part…see….because these crybabies don’t believe in guns, they didn’t believe in PROTECTING THIS FOOD WEALTH with a strong MILITARY against the local GANG LORDS, who subsequently STOLE it and used it to EXPLOIT people, to feed their own soldiers, and to absolutely destroy the whole fucking region for the next decade++, creating genocides of monstrous proportions.

There was some interesting points to this story though because the one thing that was in plenty at the time were AK-47s, of course, spread thorough Africa by the Soviets for whatever reason, who knows…point is that the people who had the guns AND the grain, so the Gang Lords, actually ruled now…and fought each other because that’s what spun up and well fed people do when there is no government.

See any parallels to today’s rioting and protesting America? …well, in this case, the bad guys didn’t really have the guns, and, shit, pretty much everyone in America has the grain (thanks to GMO Foods engineered by Biochemical Corporations).

So, the only factor left for the destruction to happen was….the Spin.

That’s exactly what upper middle class, decadent WHITE PRIVILEGE does to this world….they truly do not understand the damage that they do.

Which is so sad because if they actually listened and stopped screeching out insults like “RACIST!”, “BIGOT!” or “SEXIST!” then they could all really just do some actual good for the world and everyone’s future.

But let’s be honest…it’s kinda not really their fault when the sinister News Media Advertising Agencies just keep on fueling this social destruction with the SPIN that they purvey in for disgusting profits.

If you would like an Academic reference for this event, this is a really wonderfully written book by an actual African Scholar of great merit.