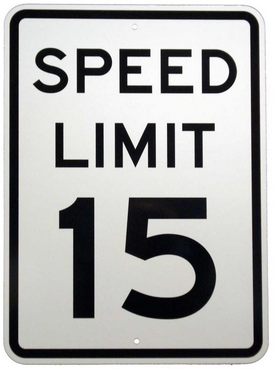 Over the years, thousands of children have been killed by automobiles. It is time that we do something to stop this killing.

In the United States there over 250 million automobiles, which is by far the most of any country. (In second place is China, with 212 million, but when adjusted for their much larger population, the United States has five times as many cars as China.)

Some may argue that a 15 miles per hour speed limit is silly, because people will just ignore the law. Therefore, I propose that selling a vehicle that can exceed speeds of 15 miles per hour should be illegal (except, of course, for our wise government officials, who should be able to go whatever speed they desire for the good of the people.)

This brings up the issue of a black market that may develop for automobiles that exceed this common sense 15 mile per hour limit. This is a legitimate concern, and to offset this concern, we must have harsh penalties for those who violate the law. Anyone caught selling a vehicle that exceeds 15 miles per hour shall be drawn and quartered.

These reasonable and life saving measures are great for the future, but we need to face the past, when people were more selfishly concerned with the speed of travel than the lives of children. Therefore, we have an issue of millions of automobiles already on the roads that exceed these limits. We need to have a buyback program, where we purchase these devices of death to have them destroyed. If anyone refuses to sell them, then they shall be tarred and feathered, with the potential to be put into an iron maiden until they freely choose to sell.

Still, there will be some who will still use automobiles to kill children. Therefore, in order to be a licensed driver in the United States, I propose that you must prove yourself mentally competent to drive a vehicle. Anyone who has ever used any of the following drugs would immediately be barred from driving: Suboxone, Lexapro, Celexa, Clonazepam, Sertaraline, Prozac, Dexedrine, Zoloft, or Luvox.

Anyone who disagrees with these proposals simply hates children, and are shills for Triple A.