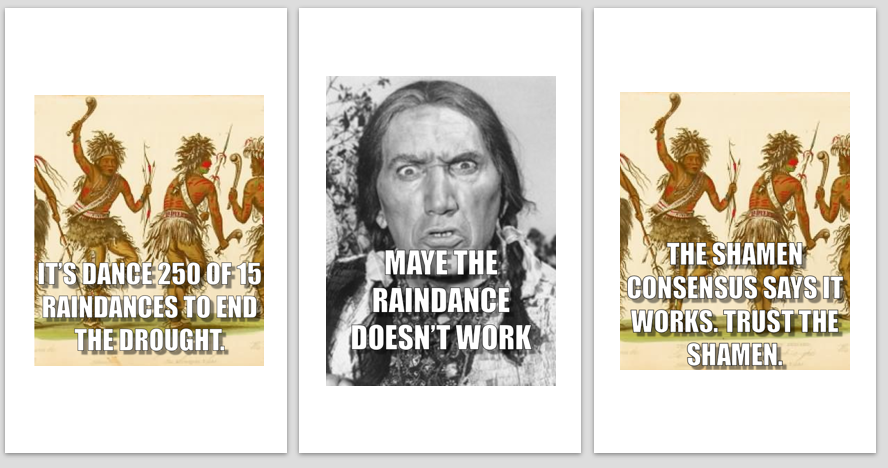 Science used to be associated with skepticism. Rather than simply believing what you were told, those with a scientific mind asked for proof. However, that was when science was linked with an objective view of the world, with God at the center.

At the time of the Scientific Revolution, there were two dominant branches of Christianity in Europe, and both played a part in the development of science. The school of scholastic philosophers developed out of Catholicism. Catholics recognize value in the deuterocanonical books of the Bible, one of which is the Wisdom of Solomon. In it, we read, “But you have disposed all things by measure and number and weight.” This gave rise to the assumption that natural laws were universal, and what held today would hold tomorrow. This belief is essential for the development of natural science.

The Protestants offered two other important keys to the development of science: The idea of Sola Scriptura, and the idea that church leaders could be wrong. The idea of “Sola Scriptura” is that all religious truth must be grounded in the Bible. The Bible ranks higher than traditions, teachings, or institutions. Because of the heightened importance of the Bible, scripture reading became more important. Therefore, education was pursued by more people, and scientific discoveries could be debated, tested, and tried in multiple different areas. Along with that, developed the idea that people could question authorities. If the Bible, not the Church, is the highest authority, then individuals were trained to be skeptical. This skepticism was the final drive that the world needed for the scientific revolution to occur.

The scientific revolution needed to occur in an area where there was one God, He was consistent, He gave us a universal written Word, and He desired to be known. In societies where multiple gods completed with each other, and acted on whims, there would be no reason to study science, as a rule that was applicable today might not be true tomorrow.

The religion of Christianity has been replaced with a religion of Scientism. Followers of Scientism love the idea of “science” but without any grounding in a firm reality, they have abandoned the foundations of real science. To the believer in Scientism, skepticism is a sin. One must trust the Shaman. Don’t study the data on your own. Only those with special “knowledge” (which is a gnostic belief) can be trusted. The very idea of asking a question is a sin. They come up with unscientific ideas, like a “scientific consensus,” while abandoning any grounding in reality (like the fact that there are biological differences between sexes.)

With no grounding outside of science itself, science will drift away from reality, as we are seeing with the silencing of anyone with differing opinions on the Coronavirus. I recently saw a “fact check” that questioned the accuracy of the Great Barrington Declaration. The gist of the fact check was that many public health officials disagree with its findings. In a scientific world, they would have examined and tested the ideas put forth. But in a world of Scientism, saying that the Shaman disagree is enough. No need to test facts. The authorities have spoken.