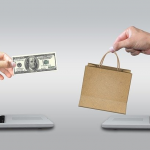 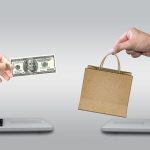 Capitalism is based off the pursuit of self-interest. Therefore, we are led to believe, capitalism must be selfish. However, I assert that the opposite is true.
It is true that in a capitalistic system people are rewarded heavily for pursuing their self-interest. As Adam Smith famously put it, “It is not from the benevolence of the butcher, the brewer, or the baker that we expect our dinner, but from their regard to their own interest.”
In other words, the butcher doesn’t cut meat because I am hungry, and the brewer doesn’t brew beer because I am thirsty. They do it because they want to make money. I am benefited by the fact that they want to make money. When I am hungry, I can be grateful that the butcher wants to make money. When I am thirsty, I can be thankful that the brewer wants to make money. In fact, it is ultimately because they are serving the hungry and the thirsty that they can make money.

But what about those people who don’t want to brew beer or bake bread? Todd Rundgren sang, “I don’t want to work. I just want to bang on the drum all day.” Why can’t we all just bang on our drums all day?

When Neil Peart banged on his drum, people paid money to listen to him. If he could avoid work, and bang on his drum all day, why can’t I? The answer is that when Neil Peart banged on his drum, he was  serving his fellow man. When I do it, I am not.
The fact that people paid money to listen to Neil Peart was their way of saying, “I am benefited by what you are doing. The amount that you benefit me by banging on the drum is equal to, or greater than, the amount I am willing to pay you to do it.” So, if pay $100 for a ticket to see Neil Peart in concert, then I assume that I will get at least $100 worth of enjoyment out of it. If I only thought that I could get $90 of enjoyment out of it, I would keep my money.
But, again, why can’t I just bang on the drum all day? The answer is that I am no Neil Peart. In fact, I have no rhythm at all. If I were to bang on the drum all day, the only thing I would be paid is a visit from the police, telling me that I was disturbing the peace. My banging on the drum would not be benefiting my fellow man, and therefore, I would not be rewarded for it. In fact, if I were consuming resources, while contributing nothing but noise to society, I would be a detriment to society, rather than benefiting them. Doing something that would earn me little money would be quite selfish, whereas doing something that would earn me a lot of money would be generous.
If I find something that I am good at, and people are willing to pay me a great deal of money for it, it means that I am doing something to benefit my fellow man. Remember, someone is not willing to pay for something unless the value of that good or service to him or her is equal to or greater than the money spent. Therefore, I might get $100 worth of benefit from the Neil Peart concert. But I could be getting $150 of enjoyment from it, even though the tickets only cost me $100. Both Neil Peart and I benefit: he to a lesser extent, and I to the greater. His reward literally comes from serving his fellow man.
In a capitalistic system, you are directly rewarded based on how well you serve your fellow man. No other economic system can say that.
The argument could be made, however, that when you labor you are benefiting your fellow man, but not when you simply have land or capital, and make money from that. When you are collecting based on a capital investment, you are a detriment to society. Let’s examine those ideas.
Imagine that my brother and I each inherit $100,000. I decide that a celebration is in order, and go out and spend it on a huge party for all of my friends and family. I have the finest food, the finest champagne, and the finest entertainment. While we are celebrating, I am bragging about how unselfish I am to be spending the money on my friends and family.
Meanwhile, my brother takes his money and invests it in a factory that makes shoes. His shoes become popular, and my brother quickly makes a profit of one million dollars. He does not work at the factory, but his investment has paid off. Did he benefit society more than I did?
When I spent my $100,000, the caterers, the entertainment, the venue hosts, etc. all benefited. They valued the money I paid them more than the time they could be doing something else. They received $100,000 in benefits.
My brother benefited people as well. Those who bought shoes valued the shoes more than they valued the money that they spent on the shoes. Since he made one million dollars in profit, we can conclude that he benefited, collectively, all of those people by at least $1 million. So, while my “act of generosity” to my family and friends benefited society by $100,000, my brother’s “selfishness” benefited society by ten times that. My act of generosity ended up being much more selfish, and his act of selfishness ended up being much more generous.
The same can be said for land. If I inherit 100 acres of land, and allow it to become overgrown, it will produce little, and from it, I will get no reward, because I am not helping my fellow man. (I may be helping birds and squirrels, but not man. Capitalism helps people.) If my brother inherited 100 acres of land, and farmed it, he would be producing something for his fellow man, and as such, he would be rewarded based on how much he benefited them. Capitalism rewarded him for helping his fellow man, and gave me nothing for my act of lazy selfishness.
Capitalism is a system that rewards those who help others, and leaves those who will not help their fellow man in the state of poverty into which we are all born. The helpful are rewarded. The selfish people who refuse to help their neighbor, are not.