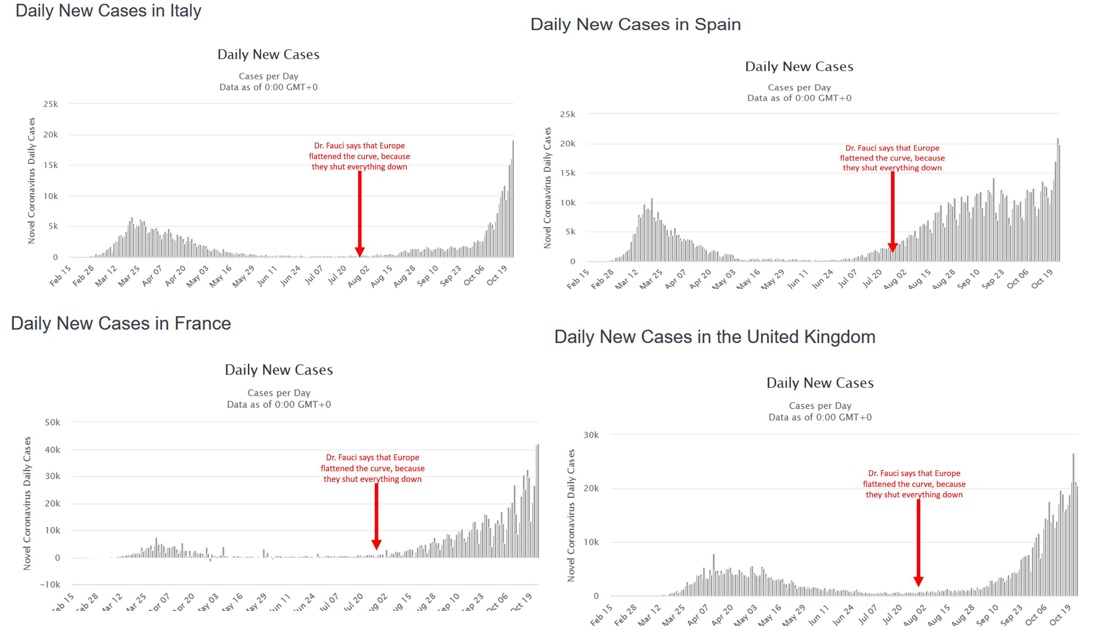 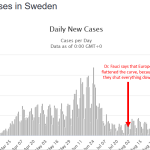 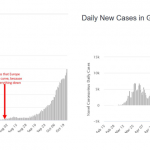 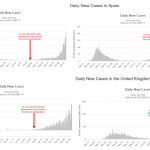 In July, Dr. Fauci said that the reason Europe’s curve stayed flat, while America had a second wave, is because Europe did exactly what he recommended. America, he complained, only shut down about 50%, and Europe shut down about 95%.
Here is what the case counts look like in several European countries as of 10/24/20.
You will notice that in all of them except for one, the second wave is far worse than the first wave. In the one exception, the second wave is not worse than the first wave. That exception is Sweden. Sweden is the one country that didn’t follow Fauci’s recommendations.
Clearly, doing what Fauci recommended didn’t work for Europe. Why do people trust this guy like he’s some sort of infallible priest? Leftism is a strange religion, where their prophets are proven wrong on a regular basis, yet they still hold fast to the dogma.
Please note the scale on these graphs are based on the peak. So, if the peak of the second wave is significantly higher than the first wave, the first wave is going to look very small. For Sweden, both waves look about the same, because unlike the other countries, the second wave has not dwarfed the first wave.