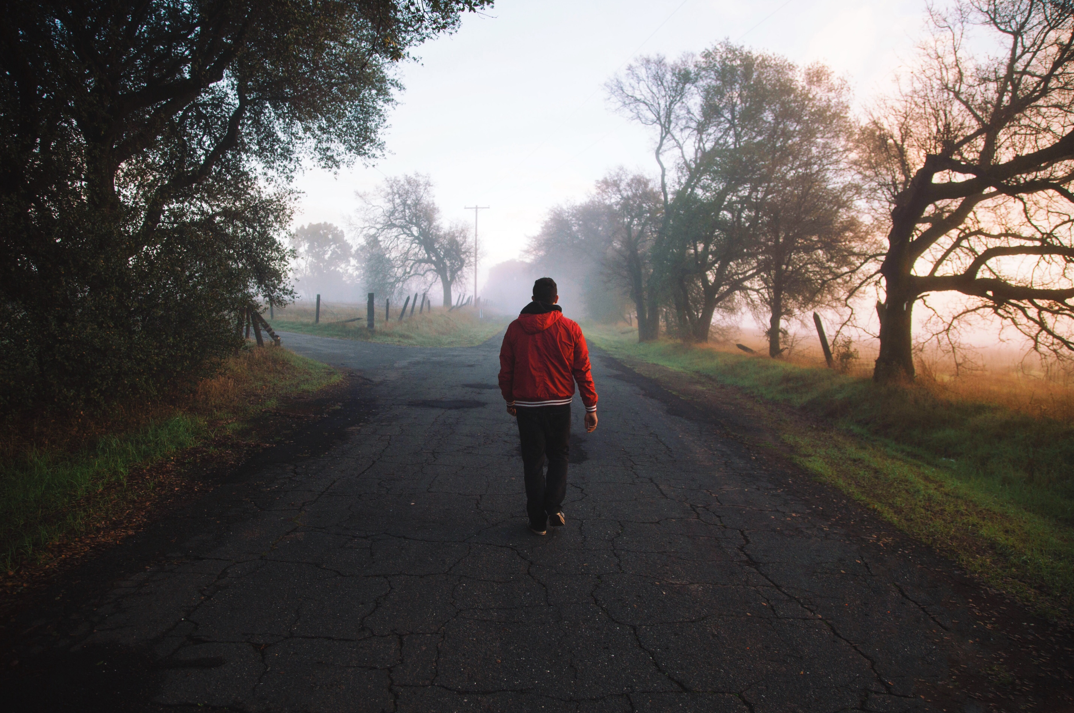 Imagine this scenario: A Black man takes a 5K walk each morning as the sun rises. He walks along a trail that is usually deserted. However, one morning, he happens to find himself following a White man by about 30 meters. For the most part, they maintain the same speed. He notices that the White man occasionally looks over his shoulder, and after looking over his shoulder, the White man tends to speed up slightly, only to eventually slow down, and return to the original pace. Therefore, the distance between the two men fluctuates between 30 meters to 35 meters. The Black man realizes that he is clearly making the White man nervous, so he slows down his pace some, to put 35 to 40 meters of space between them. However, the White man continues to look back, and occasionally reaches into his pocket, as if he might have a weapon. The Black man considers jogging for a bit, and getting ahead of the White man, but worries that the man might view his acceleration as an act of aggression. Eventually, the Black man decides to cut his walk short, and go home. He will get in his 5K tomorrow.

Ask yourself, is this an example of White privilege? White people can walk along a trail, and not be assumed to be a criminal. Or can they? Here is a situation that happened to me, a White man, last week.

I walk 5K each morning as the sun rises. Usually, the trail I walk is deserted at that time in the morning. However, that morning, I found myself about 30 meters behind a woman. For the most part, we were maintaining the same speed. I did notice that the woman occasionally looked over her shoulder, and sped up, only to eventually slow down, and return to the same pace, so that there would always be about 30 meters to 35 meters between us. I knew I was making the woman nervous, so I slowed down, putting extra distance between us, but it was clear that she was still nervous. Occasionally, she would reach into the pocket of the light jacket she was wearing. I considered jogging for a bit, to get ahead of her, but worried that that acceleration might be viewed as an act of aggression. Eventually, I decided to cut my walk short, and go home. I got my 5K in the next day.

According to the intersectionality theorists, the second scenario would show male privilege. They would say that in the first scenario, it does show White privilege. After all, a Black man should be able to go for a walk without being assumed to be a criminal. However, in the second scenario, it shows male privilege. The woman should not have to worry about a male walking behind her. In that scenario, they would say that the male is privileged in never having to worry. In the first scenario, the White man is privileged in never having to be worried about.

It’s a belief system that starts with the conclusions they want, and then they make the evidence fit into the preconceived conclusions. In other words, it’s junk science. But, it’s taught at college campuses across the country.