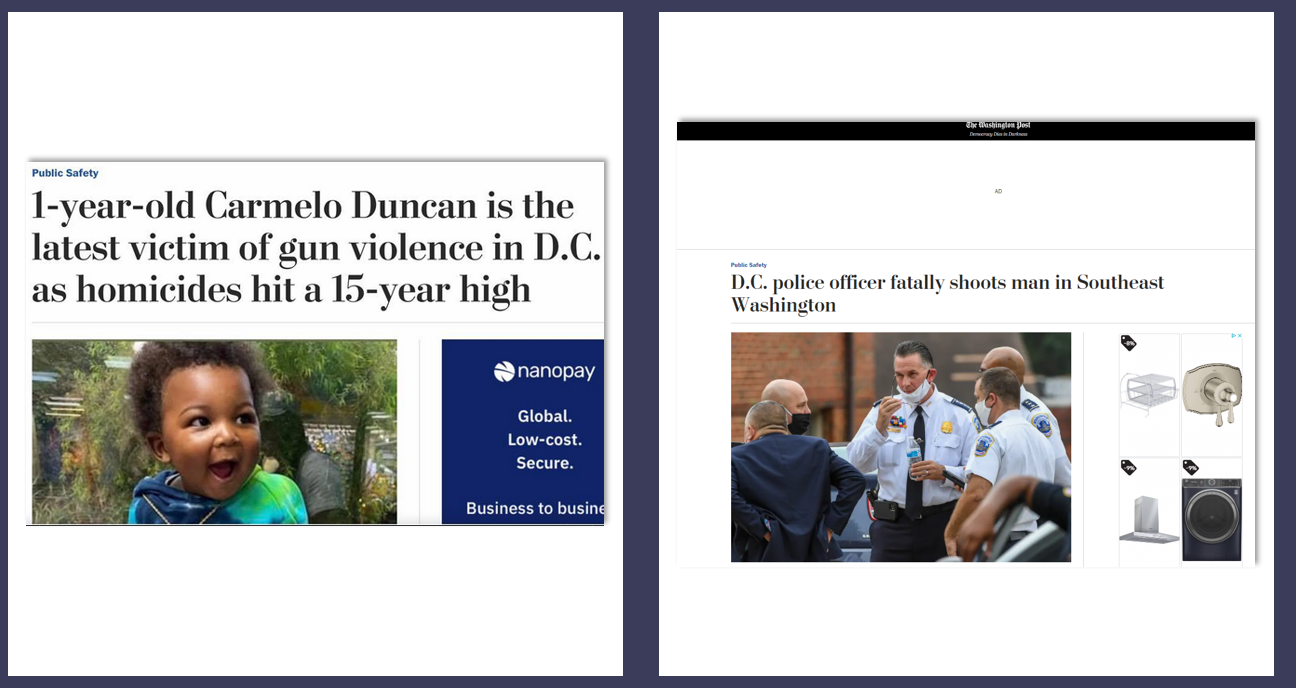 The above image contains the headlines following two shootings in Washington, D.C. One headline reads, “1-year-old Carmelo Duncan is the latest victim of gun violence in D.C., as homicides hit a 15-year high.” The other says, “D.C. police officer fatally shoots man in Southeast Washington.”

In the first headline, the focus is on the object involved in the shooting. In the second, the writers draw your attention to the shooter, rather than to the object.

A critical thinker will look at these two headlines and think, “I wonder why they use different language in the headlines. How are they trying to manipulate me? What agenda are they pushing?”

Fortunately for the Washington Post, those who read their paper tend to be left wing emoters, rather than critical thinkers. Emoters react emotionally rather than logically. Therefore, the Post can easily manipulate them. They can make them believe that “gun violence” is the problem, rather than a culture where violence is accepted. Blame the object, not the people . . . Unless the people are not in the demographic you are trying to impress, then blame the people.

Most readers of the Washington Post will read these headlines, and not give a second thought to how they are being manipulated. They will assume, probably correctly, that all the facts presented in the articles are true. The articles will never be subject to a fact-check. The readers will fail to see how a perfectly factual article can still be presented it in a biased and misleading manner.

This is what the corporate press does regularly. They rarely present outright lies. But they present truth in such a manner as to mislead the gullible.

Don’t be gullible. Pay attention to the word choice in articles and headlines you read. Ask yourself about what emotions they are trying to convey. Ask why they want you to emote a certain way. Discover the bias they present to you.