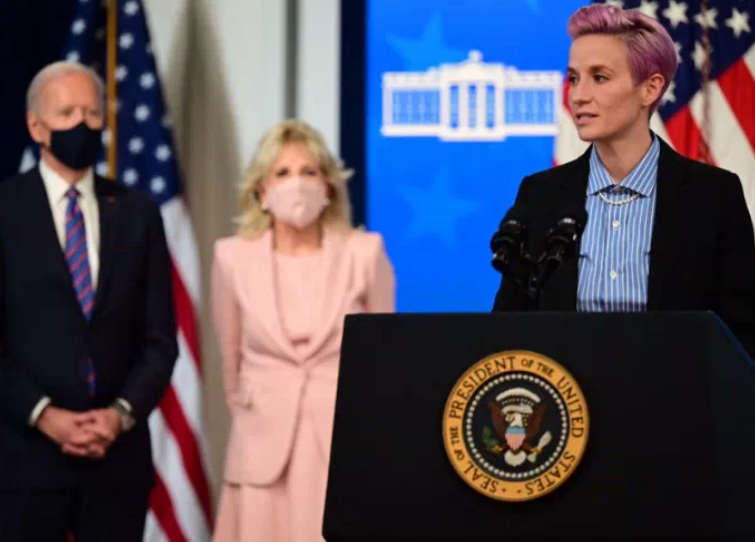 Last week we marked “Equal Pay Day,” a day to recognize the so-called gender pay gap. This brought out elected officials across Twitter to demand “Equal Pay for Equal Work.”

I am here to insist that people do not deserve equal pay for equal work.

First, let me stress that the gender pay gap is a myth. When controlled for hours worked, years of experience, and type of job, the gender pay gap largely disappears. However, there are some fields where it persists even when controlling for those factors. The media pointed to women’s sports as an example. Megan Rapinoe, who led the US Women’s team to multiple World Cup championships, makes less than male soccer players on teams that never won a single title. She appeared with Joe Biden to lament the hardships brought on by this disparity.

In economics, we say that value is subjective. I may value a Big Mac more at noon than I do at 9:00 AM, even though the ingredients are the same. I might value a Big Mac somewhat, while a vegan places no value at all, or perhaps even a negative value on a Big Mac. There is no set value to a Big Mac. The final price of a Big Mac involves the subjective value of the Big Mac of all those various consumers, as well as McDonald’s itself.

Let’s compare the earnings, as well as the “work” required, between two types of musicians: Classical violinists and Pop Singers.

During her adolescence, Selina Gomez was an actress working on the Wizards of Waverly Place. While she likely practiced singing during this time, she was also focused on an acting career. Therefore, she would not have practiced music nearly as many hours as the most highly skilled violinists did.

According to WealthyGenius.com, Selina Gomez’s net worth is $75 million. Meanwhile, the top ten percent of violinists earn about $64,000 per year. For a highly successful violinist to save up $75 million, he would have to save every dime of his salary for 1,172 years.

Why is it, that despite all the work required of a violinist, even those at the top of their field earn so much less than a mediocre pop singer, who splits her time between multiple different careers? The answer goes back to value being subjective. While there are many people who do indeed value the musical talents of a dedicated violinist, most Americans prefer the talents of pop singers. Therefore, Americans will spend more money on pop music than they do on violinists. Ultimately, the fact that the violinist spends much more time honing their craft than does the pop musician, does not matter. What matters are the tastes and preferences of the consumers.

What you deserve is based not on how much work you do, but rather on the value you bring to consumers. And that depends on their subjective preferences.